Fashion is one of those things that culturally defines a city, and helps give an identity to its people. It's one of those signature attributes that makes people say, "that's New York!", or "that's London!" simply by looking at a photo. But if we're being honest, Phoenix is not yet one of those places that people recognize on fashion trends alone. We haven't quite broken through in that area. But fortunately, we have a catalyst for change.

For decades now, Brian Hill has been at the forefront of bringing relevance to fashion in Phoenix. He has relentlessly pursued the efforts of pushing our city forward and helping to build a platform for up and coming designers and the community at large. As Executive Director of Phoenix Fashion Week, he has built a team of like-minded individuals who all have a passion for seeing fashion in Phoenix flourish. Year after year Phoenix Fashion Week hosts their fall and spring fashion shows that feature young designers, stylists, and models from all over the valley and nation. These shows are an opportunity for exposure, and for the local community to connect with their fellow fashion creatives. But far beyond the shows, Brian and his team have made it a point to help emerging designers, stylists, and models be a force in the industry and truly embrace the business side of fashion through educational workshops and boot camps throughout the year. One could say that fashion in Phoenix is being championed by the vision of Brian and his team, a necessary component to bringing anything of substance and value to life.

And needless to say, Brian and his team know a thing or two about personal style and fashion. When shooting the episode, we had the pleasure of witnessing this first hand with the crew representing PHX Fashion Week for the day. Seriously, just look at them...
‍ 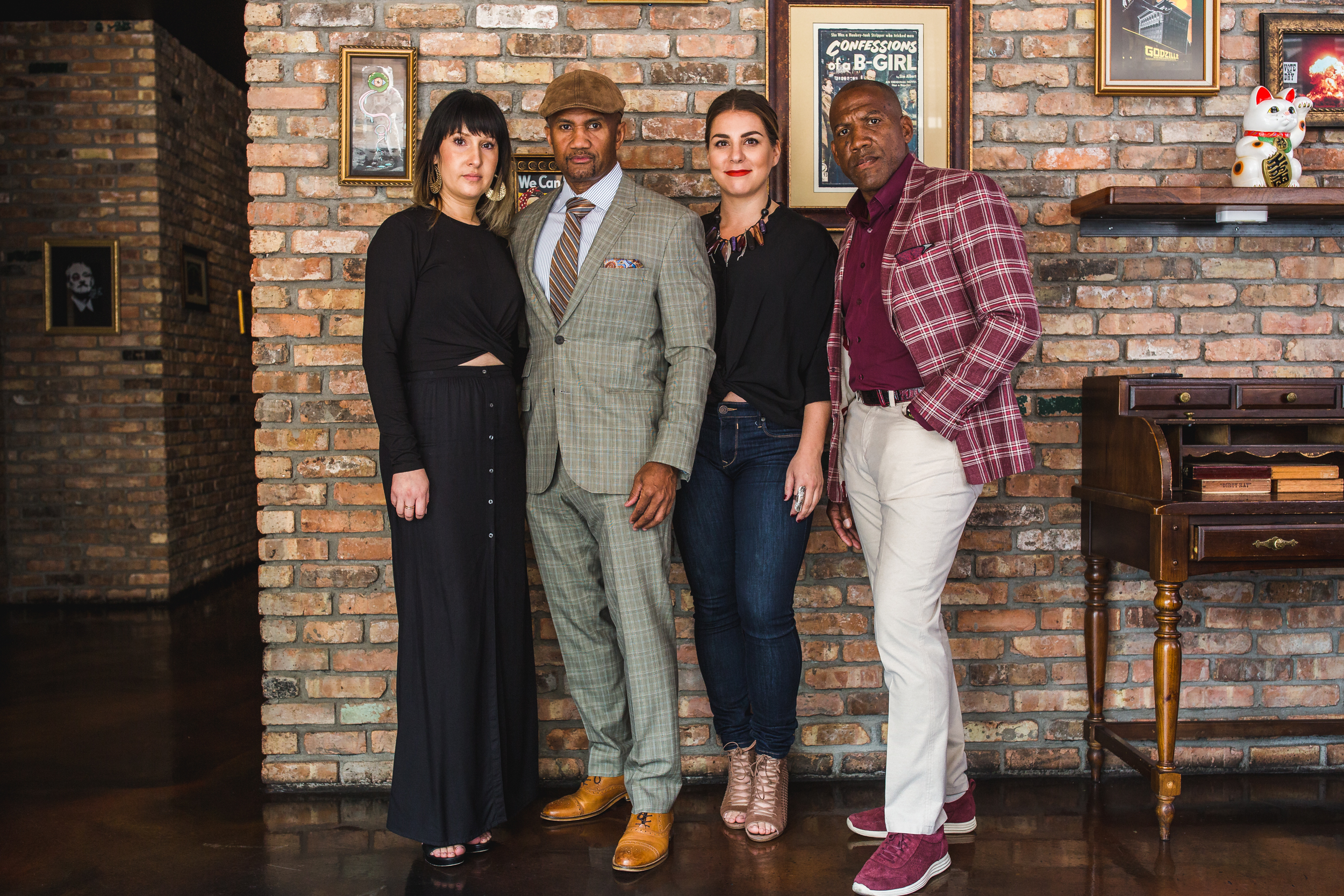 Brian Hill (second from left) and members of the Phoenix Fashion Week team.

And to top it all off, they know how to have a good time and not take themselves too seriously, which they demonstrated in their "work hard, play hard" attitude as we caught up with them at Bitter & Twisted before making our way over to Hanny's to meet Lady La for lunch. It's safe to say that the future of fashion in Phoenix is in good hands.

WANT TO KEEP UP WITH THE LATEST?

Sign up for our newsletter and stay in the
know on new video releases, food discounts,
events, community updates, and more.

Thank you! Your submission has been received!
Oops! Something went wrong while submitting the form.

If your brand or restaurant is
interested in a partnership with
Phoenicians Getting Food,
we'd love to hear from you!